Mission Impossible? Not for Tindall.

Developing an eight-story, total precast office building can be a serious challenge under any normal conditions. But, when the project must be completed within a tight budget, provide for high occupancy, and be erected in an upscale market with limited building space — that’s Tindall’s kind of challenge. Our team was eager to dive into the Two Buckhead Plaza Office Building project, and we developed a top-notch office structure that utilized a utilitarian, load-bearing architectural exterior, making it both functional and aesthetically stunning.

The wall panels for this total precast office building were cast in a white concrete mix with intricate reveal patterns, projections, openings, and cornices. The intricate design complements the existing cast-in-place plaza complex, echoing the sophisticated look of the Atlanta subcity of Buckhead. The decision to make the architectural cladding integral with the structure allowed for more ornamentation than the budget originally included.

The exterior of the total precast office building is more than visually stunning, though. The precast exterior elements are load bearing for the tri-slab floor members, providing lateral resistance in the north-south direction. The tri-slab composite concrete floor system was designed as continuous spans, reducing deflections and structural depth, while closely emulating cast-in-place construction. 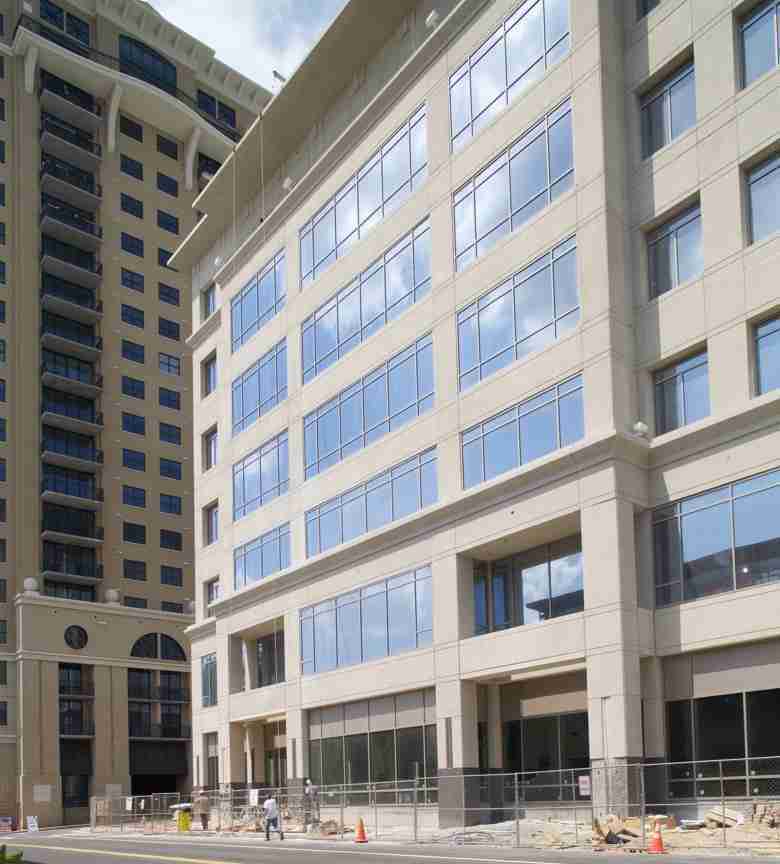 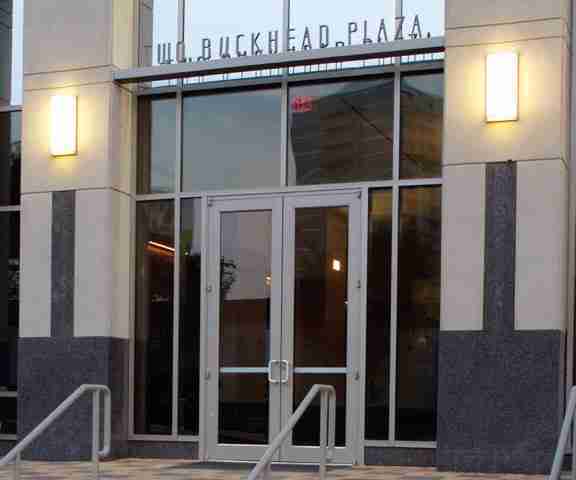